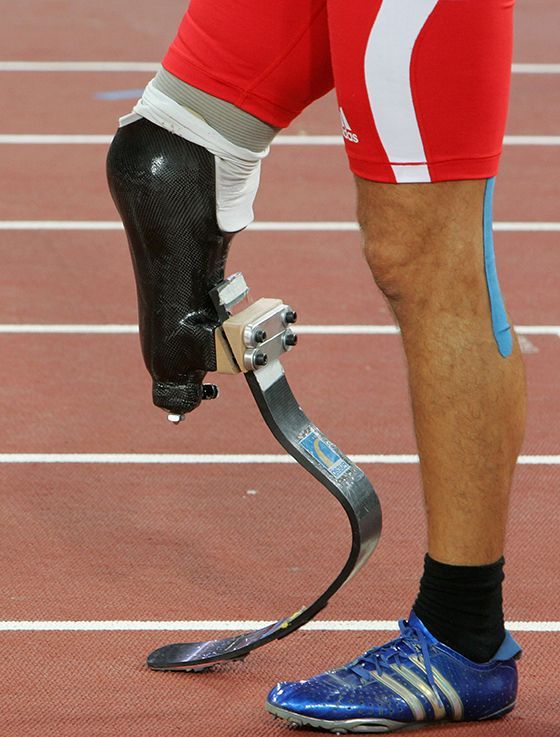 BEIJING – SEPTEMBER 11: A general view is seen of the prosthetic leg belonging to Urs Kolly of Switzerland as he prepares to race in the 400m of the men’s pentathlon P44 Athletics event at the National Stadium during day five of the 2008 Paralympic Games on September 11, 2008 in Beijing, China. (Photo by Mark Kolbe/Getty Images) *** Local Caption *** Urs Kolly